Howard Gardner of Harvard has identified seven distinct intelligences. This theory has emerged from recent cognitive research and “documents the extent to which children possess different kinds of minds and therefore learn, remember, perform, and understand in different ways,” according to Gardner (1991). According to this theory, “we are all able to know the world through language, logical-mathematical analysis, spatial representation, musical thinking, the use of the body to solve problems or to make things, an understanding of other individuals, and an understanding of ourselves. Where individuals differ is in the strength of these intelligences – the so-called profile of intelligences -and in the ways in which such intelligences are invoked and combined to carry out different tasks, solve diverse problems, and progress in various domains.” Children are able to learn the same thing in different learning styles.

Each individual possesses a unique blend of all the intelligences. Gardner firmly maintains that his theory of multiple intelligences should “empower learners”, not restrict them to one modality of learning.

using words effectively. These learners have highly developed auditory skills and often think in words. They like reading, playing word games, making up poetry or stories. They can be taught by encouraging them to say and see words, read books together. Tools include computers, games, multimedia, books, tape recorders, and lecture. 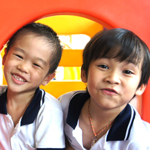 reasoning, calculating. Think conceptually, abstractly and are able to see and explore patterns and relationships. They like to experiment, solve puzzles, ask cosmic questions. They can be taught through logic games, investigations, mysteries. They need to learn and form concepts before they can deal with details.

think in terms of physical space, as do architects and sailors. Very aware of their environments. They like to draw, do jigsaw puzzles, read maps, daydream. They can be taught through drawings, verbal and physical imagery. Tools include models, graphics, charts, photographs, drawings, 3-D modeling, video, videoconferencing, television, multimedia, texts with pictures/charts/graphs. 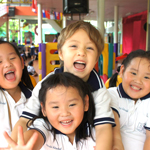 use the body effectively, like a dancer or a surgeon. Keen sense of body awareness. They like movement, making things, touching. They communicate well through body language and be taught through physical activity, hands-on learning, acting out, role playing. Tools include equipment and real objects.

show sensitivity to rhythm and sound. They love music, but they are also sensitive to sounds in their environments. They may study better with music in the background. They can be taught by turning lessons into lyrics, speaking rhythmically, tapping out time. Tools include musical instruments, music, radio, stereo, CD-ROM, multimedia. 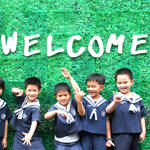 understanding, interacting with others. These students learn through interaction. They have many friends, empathy for others, street smarts. They can be taught through group activities, seminars, dialogues. Tools include the telephone, audio conferencing, time and attention from the instructor, video conferencing, writing, computer conferencing, E-mail.

understanding one’s own interests, goals. These learners tend to shy away from others. They’re in tune with their inner feelings; they have wisdom, intuition and motivation, as well as a strong will, confidence and opinions. They can be taught through independent study and introspection. Tools include books, creative materials, diaries, privacy and time. They are the most independent of the learners.

ability to recognize and categorize plants, animals and other objects in nature
Refer to: ”The Distance Learning Technology Resource Guide,” by Carla Lane